By Nélida Tello More than 200 people marched in Hollywood on Saturday to demand justice for the police killings of 20-year-old Daunte Wright and 13-year-old Adam Toledo. During the march, protesters also expelled antagonistic reactionary video streamers from the march. Before the march began, demonstrators gathered at the site of Daunte and Adam’s makeshift memorial in Hollywood, at the intersection of Sunset Blvd. and Vine … END_OF_DOCUMENT_TOKEN_TO_BE_REPLACED 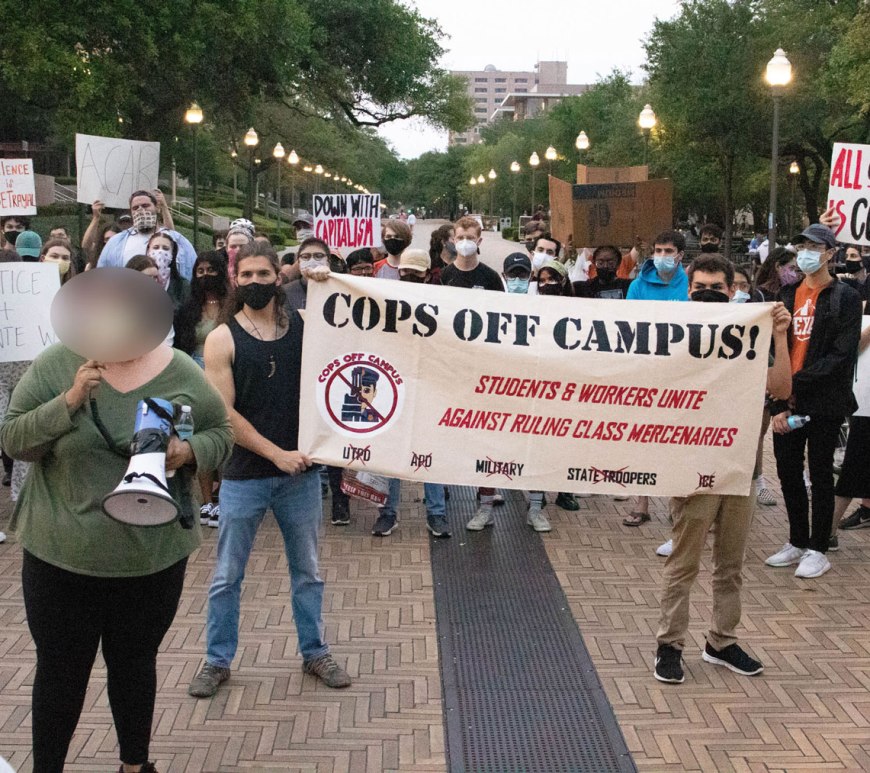 By Josefina Morales On Wednesday evening, University of Texas at Austin (UT) student group Cops Off Campus rallied supporters on the steps of the UT Tower to protest the police murder of Daunte Wright and show solidarity with those protesting elsewhere. Wright’s murder on April 11 has sparked the people’s anger anew, and protests against police have broken out in multiple cities this week as … END_OF_DOCUMENT_TOKEN_TO_BE_REPLACED 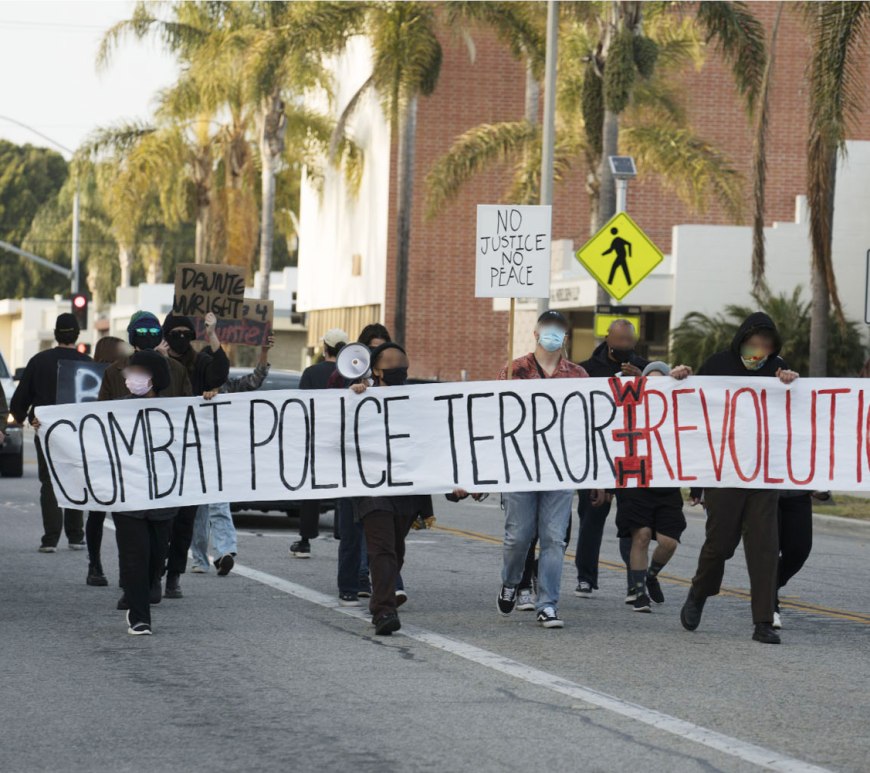 By Serran Soledad Following the murder of Daunte Wright at the hands of Brooklyn Center Police Officer Kim Potter, Oxnard Revolutionary Study Group (OxRevStudy) made a call to action on Monday, to march in solidarity with protesters for Black lives facing off with law enforcement in the Minneapolis suburb. A few dozen community members gathered at Plaza Park in Downtown Oxnard, where an activist from … END_OF_DOCUMENT_TOKEN_TO_BE_REPLACED