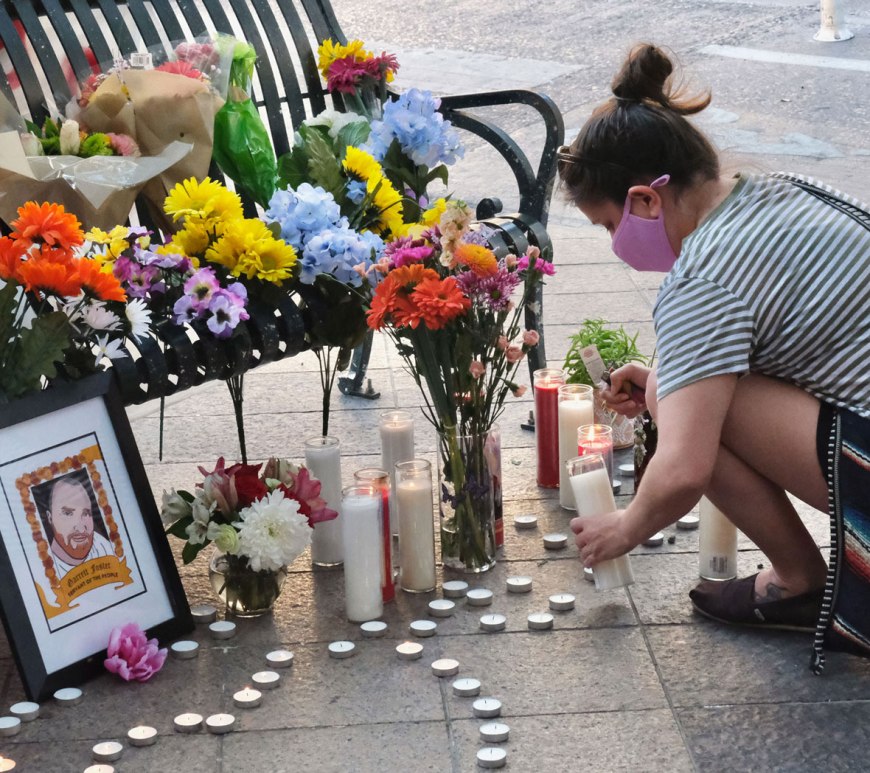 By Roger Kuessey Last week, activists rebuilt Garrett Foster’s memorial on the corner of 4th St. and Congress Avenue in downtown Austin, at the site where Garrett was murdered by active-duty US Army sergeant Daniel Perry in July of last year during a protest for Black lives during the summer of uprisings. Following Garrett’s murder on July 25, activists and supporters continued to maintain and … END_OF_DOCUMENT_TOKEN_TO_BE_REPLACED