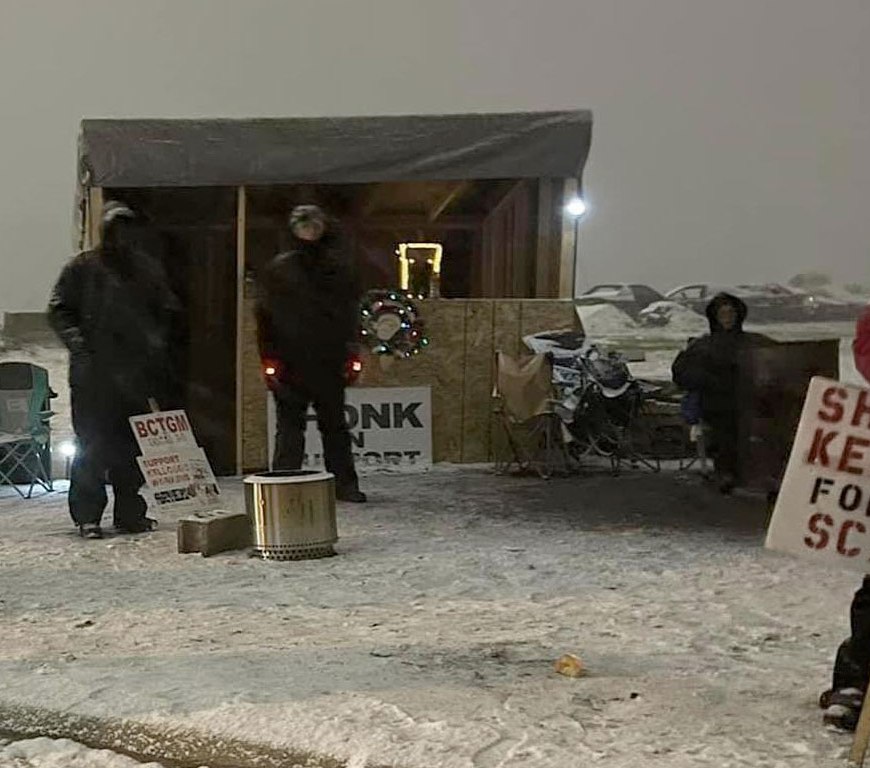 By Sarah Ahmed This past Tuesday, the Bakery, Confectionary, Tobacco Workers and Grain Millers International Union (BCTGM) announced that Kellogg’s workers had voted to approve a new contract over the weekend, ending the eleven-week strike of 1,400 workers that disrupted production at facilities in Michigan, Nebraska, Tennessee, and Pennsylvania. The newly ratified contract is almost identical to the contract that workers rejected earlier this month, … END_OF_DOCUMENT_TOKEN_TO_BE_REPLACED 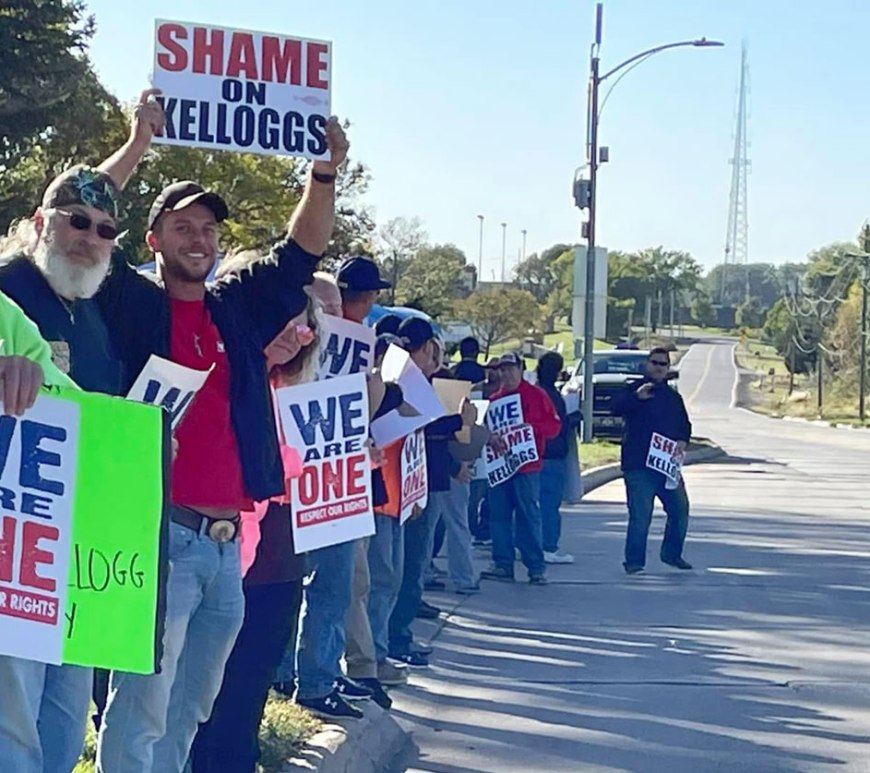 Kellogg’s Workers on picket line in Nebraska (Source: Nebraska AFL-CIO) By Sarah Ahmed The Bakery, Confectionary, Tobacco Workers and Grain Millers Union (BCTGM) announced on Tuesday that Kellogg’s workers had overwhelmingly voted to reject the contract which was announced last week. 1400 workers are continuing their strike which has shut down production at plants in Tennessee, Pennsylvania, Nebraska, and Michigan since early October. The rejected … END_OF_DOCUMENT_TOKEN_TO_BE_REPLACED

By Sarah Ahmed On Thursday, the Bakery, Confectionery, Tobacco Workers, and Grain Millers International Union (BCTGM) announced a tentative agreement with Kellogg’s after two months on strike. Workers will vote on the proposed contract on Sunday, nearly a week after Kellogg’s threatened to permanently replace striking workers with non-union workers. 1,400 workers with BCTGM went on strike on October 5 at factories in Omaha, Nebraska; … END_OF_DOCUMENT_TOKEN_TO_BE_REPLACED

Photo: Kellogg’s workers on the picket line in Memphis (Source: Tribune) By Sarah Ahmed Since October 5, more than 1,400 Kellogg’s workers with the Bakery, Confectionery, Tobacco Workers and Grain Millers Union (BCTGM) have been on strike after a year of failed contract negotiations. They are protesting for better pay and benefits, and the removal of the two-tier system instituted in 2015. The strike covers … END_OF_DOCUMENT_TOKEN_TO_BE_REPLACED

Workers’ Resistance Bulletin provides an overview of workers’ resistance, as well as the repression of workers, taking place all across the US, from small workplaces to large factories. The growing wave of worker mobilizations makes clear that the general crisis of imperialism will be met with greater struggle from the proletariat. If you have a tip or suggestion for worker coverage, or you are a … END_OF_DOCUMENT_TOKEN_TO_BE_REPLACED 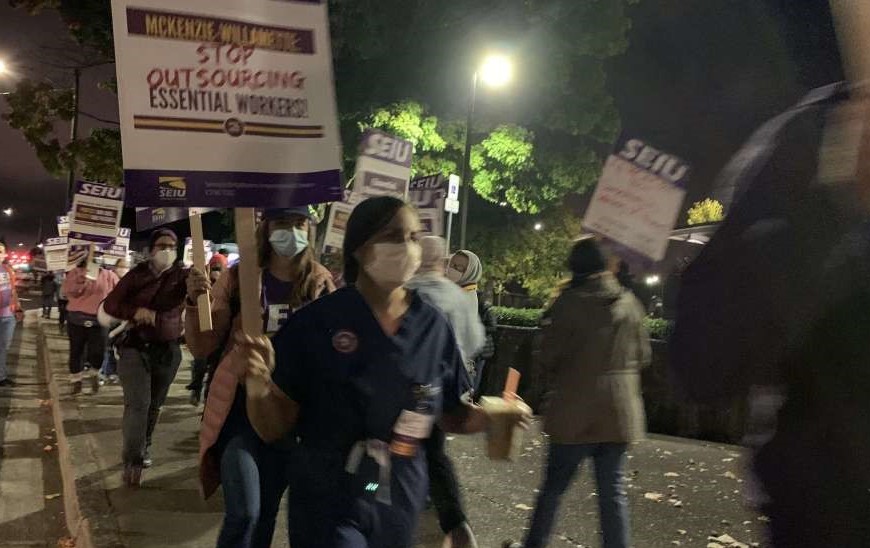 Labor Shortages Plague Health Care, Education as Workers Quit in Droves Across the country, tens of thousands of educators and health care workers are quitting their jobs, citing poor pay, burnout, and overwork. Many workers have explained that although these issues have been intensified by the pandemic, they have been present in the health care and education sectors for decades. According to the Morning Consult … END_OF_DOCUMENT_TOKEN_TO_BE_REPLACED